Right now, we’re coming up to Easter, a major festival in the Christian year. One of the odd parts of the Easter story is that the day on which Jesus was crucified has become known as Good Friday. What’s good about it? It sounds more like the ultimate bad news day.

Think about it from the point of view of those who had spent up to three years with this remarkable man. In a matter of 24 hours, he had been the victim of some bad religious leaders, was being punished for not doing anything and was humiliated and killed in an horrible and painful way. Now, on Friday evening, he was dead. The dream was apparently over. I think we would all agree that it’s pretty bad news! 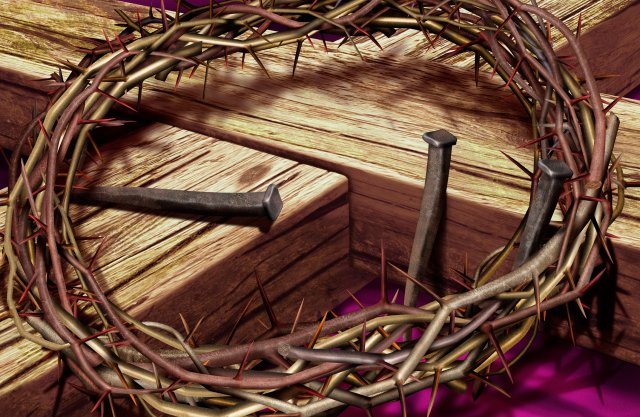 How do we cope with bad news? Do we get overwhelmed by the darkness or discouraged by the storm clouds, without any hope for the future? Many people do.

There is a story told about an American pastor. This man would go through the horrific events of that first Easter Friday and end each event with the phrase, ‘It’s Friday now . . . but Sunday’s a’ coming.’

There was the bad news: ‘They beat him and whipped him’, ‘They put a crown of thorns on his head’, ‘They nailed him to a cross’ and ‘He cried out and died.’ But after each Friday moment, the pastor reminded his audience that ‘Sunday’s a’ coming.’

Why the reminder of Sunday? Because Easter Sunday is the real heart of the Easter story. All of the bad news is simply the beginning of the resurrection, the good news that God brought Jesus back to life as a sign that the power of evil in our world has been defeated.

That American pastor was talking as if this message could make a difference to the way we live now, and so it can. You’ve probably heard the phrase, ‘Every cloud has a silver lining’ and heard people talk about there being ‘light at the end of the tunnel’. Both phrases encourage us to take a hopeful approach to life, particularly when bad things happen, as they frequently do.

The Easter story takes this a step further and encourages us to see a world in which God is ultimately in control, a world in which evil people and evil forces will not win in the end. It provides us with something to hold out for when the going gets tough, when we find ourselves in the dark tunnel and when the storm clouds are gathering.

Dear God,
Thank you that the Easter story is full of hope.
Thank you that light makes a difference to darkness.
Even in the worst of times, help us to see that there is always hope.

As a reminder that the good things are coming, listen to this Easter song.